What does a future-proofed home look like? | Green Energy Enthusiast 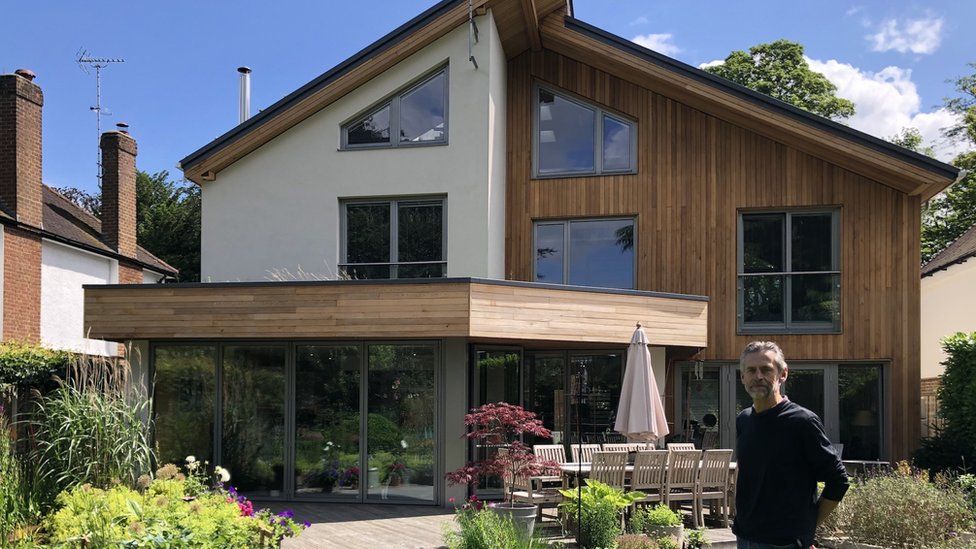 Colin Heal's house is prepared for an uncertain future.

The three-storey house in the Hertfordshire village of Wheathampstead has 35 solar panels that produce more energy than Mr Heal and his wife can use, so they can sell surplus electricity.

The house is fully electric. The couple plan to buy solar battery storage so that even more of their energy is useable.

While flooding is a concern in the surrounding area, they don't worry about it - and not just because their house is on an elevation.

Their driveway has gravel that drains water, rather than collecting it into pools, and their green roof reduces rainwater run-off. And under their rear garden is a soakaway: essentially a big tank constructed of crates that collects excess rainwater and gradually drains it into the subsoil.

Also, below the surface, are pipes connected to a ground source heat pump. The pump takes heat from the ground and boosts it to the level needed for the underfloor heating and hot water. Heat pumps are much more energy efficient than boilers, which typically rely on fossil fuels.

Mr Heal's house does have a wood-burning stove as well, but the stove is there mainly because it looks nice, not because it is their main source of heat.

Higher energy needs, more flood risk and variable temperatures: these are among the impacts of climate change for which all of the UK - not only sustainable construction consultants like Mr Heal - needs to be ready.

Yet the UK is ill-prepared, the Climate Change Committee (CCC) has concluded. The CCC, which advises the government on climate change, has issued a stark warning in its latest independent assessment of UK climate risk: the risk is intensifying, but adaptation action has fallen behind.

While there's been some focus on climate mitigation or limiting greenhouse gas emissions, experts say there's an equally pressing need for us to adapt to a world with more climatic extremes. 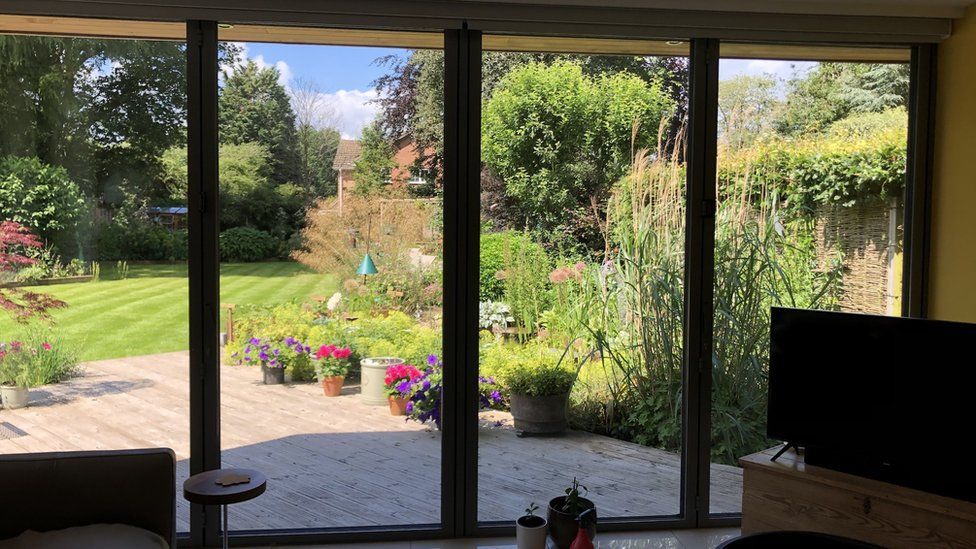 One key change will be higher temperatures. The CCC warns that a quarter of UK homes are in danger of overheating. People in the UK have tended to focus on making buildings warm, but increasingly more awareness will be needed of how to keep them cool.

Thankfully, some of the best measures are also some of the simplest. The CCC refers to "low-regret" or "no-regret" actions. These include using thick blinds and curtains, closing windows when it's hotter outside than inside and ensuring proper ventilation.

Fionnuala Walravens, a campaigner at the Environmental Investigation Agency, also advocates a common-sense approach to staying cool. "The first kind of approach to sustainable cooling is to ask, 'do you actually need cooling?'"

When thoughtful design maximises shade, airflow and ventilation, the answer may be no. Mr Heal's house has internal blinds on all windows and thick insulation that buffers the house against extreme temperatures. It's essentially airtight, he says.

We need to adapt to a world with more climatic extremes, say scientists

Passive cooling can minimise the need for air conditioning, which takes a huge toll on the environment in the forms of energy gobbled up, excess heat expelled, and damaging hydrofluorocarbons (HFCs) emitted. If mechanical cooling is needed, Ms Walravens recommends energy efficient units that use natural refrigerants in place of HFCs (as well as HFC-free heat pumps).

One obstacle to this kind of future-proofing is lack of information.

Cervest's product EarthScan is available in a "freemium" model to small-scale users. This allows people to see, within five-year increments, the intensity, types and interactions of climate risks for a factory, say, or a farm.

"We need to get proactive about climate risk," says Mr Bassi, and having action that people can act upon is essential to that. 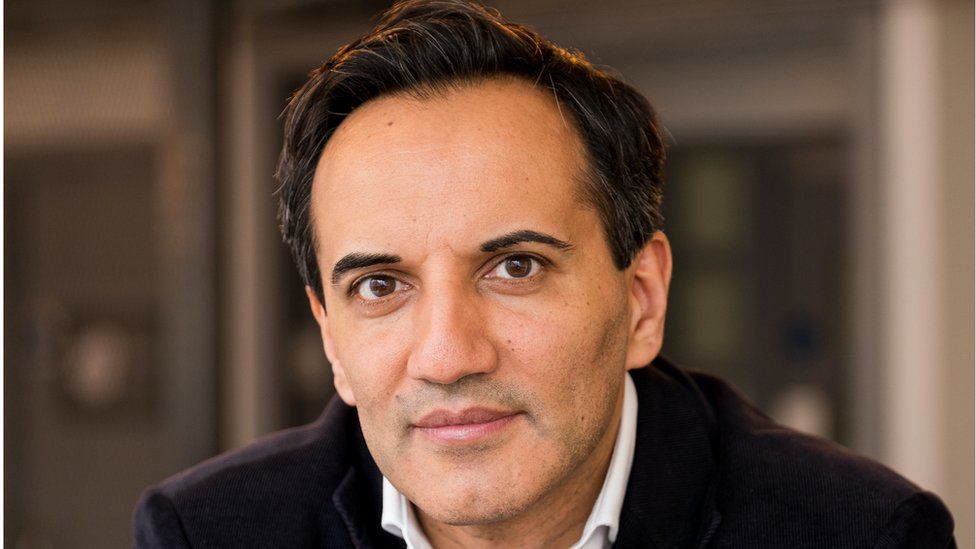 Using this kind of climate intelligence, a hotel company can see the risks of putting a tall building close to the coast, for example - with the risk-level changing depending on the building's height and its proximity to the shore.

Yet, overall, existing guidance on climate-proofing can be confusing or simply inadequate. The new UK Business Climate Hub may help to centralise information for small businesses, but it would be useful to have additional and accessible standards and tools.

Along with insufficient information, costs can be a stumbling block.

Not everyone will be able to design a new- build home with the care, time and expense that Mr Heal did. He estimates that the sustainability considerations led to a 5% higher spend overall.

The CCC is urging the government to provide more information and, especially, more financial support to encourage changes that can be initially pricey but ultimately cost-effective. For example, subsidies can encourage take-up of the most efficient, least polluting types of cooling devices.

The CCC also says there's a need to give people incentives to adopt measures like passive-cooling and rainwater harvesting. 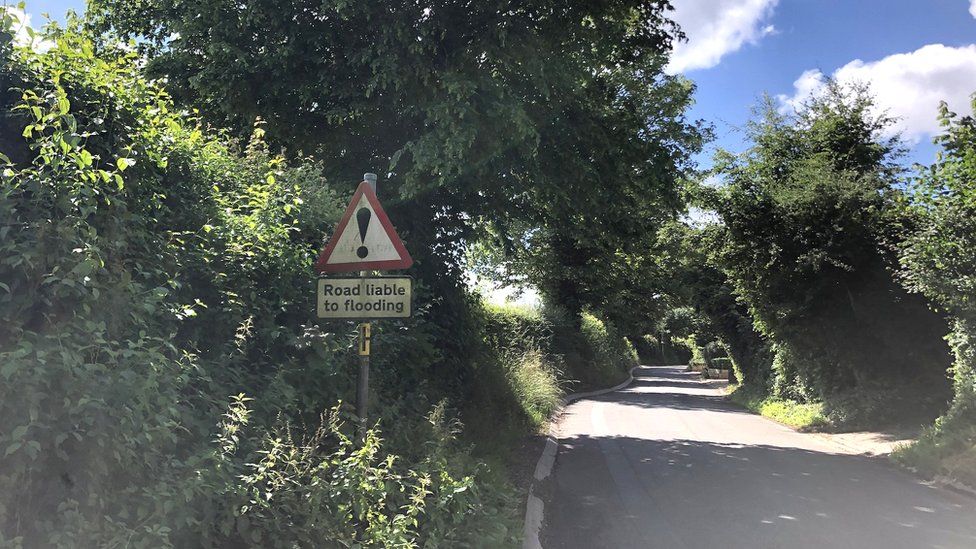 But there are still some things that people renting, and those who can't afford to retro-fit their buildings, can do now. Households at risk of flooding, for example, can move their electrical appliances up higher, and generally create a flood plan and consider flood insurance.

Meanwhile, property owners and building associations may want to move electrical sockets up the wall and opt for tiled rather than carpeted floors.

At the community level, natural flood defences can slow and divert the flow of water. Unlike hard barriers these allow for adjustment to sea level rise.

Ultimately, Mr Bassi wants a complete change in the way we view and respond to risk. "What mayors should really be saying to themselves is - in the next three years, I only want assets in my city that are climate-proofed."

Mr Heal thinks there should be more financial incentives to encourage climate-proofing: "People are quite reluctant at the moment to invest in sustainability."

That way the benefits he has experienced - from the income derived from surplus energy, to the security of knowing that his home can deal with more extreme weather - could be enjoyed by more homeowners.