The latest on SEEM, FERC, and the impact on renewable energy | Green Energy Enthusiast 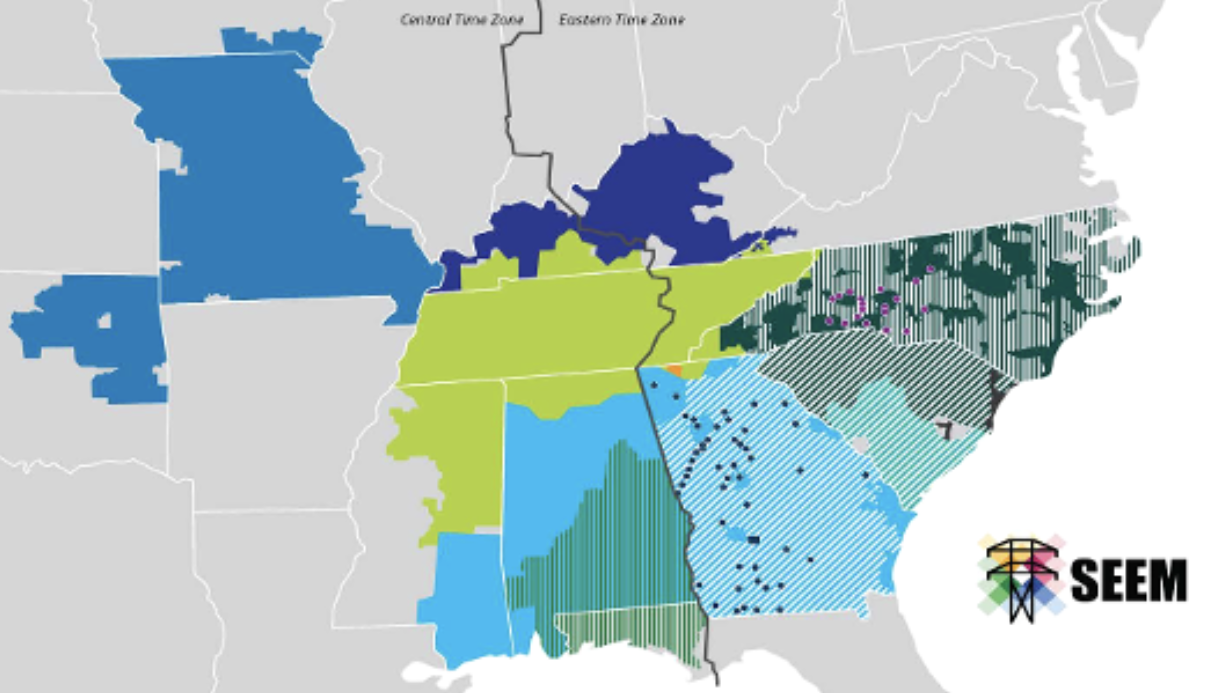 The latest on SEEM, FERC, and the impact on renewable energy

Duke Energy, Southern Company, Dominion Energy, and TVA are among the 15 member utilities behind the Southeast Energy Exchange Market (SEEM).

The coalition of Southern utilities petitioning to form a new market exchange has responded to a second deficiency letter from the Federal Energy Regulatory Commission (FERC).

Southeast Energy Exchange Market (SEEM) members requested a shortened comment period and prompt decision from FERC, which is expected to take action on the proposal over the next two months.

Duke Energy, Southern Company, Dominion Energy, and TVA are among the 15 member utilities behind SEEM. They argue that the new bilateral market would “materially benefit” the approximately 5 million households within the proposed coverage region by enhancing opportunities for competition and access to lower-cost energy.

Several advocacy groups have opposed SEEM, however, claiming the proposal would not deliver customers the greatest possible benefit and would not lead to additional renewable energy on the grid.

“The SEEM proposal lacks the ability for independent or small developers or projects to participate, and would not change how utilities plan future resources (i.e. would not change how Southeast utilities develop their Integrated Resource Plans),” the Southern Alliance for Clean Energy wrote last March. “It is possible SEEM could derail true market reform efforts if allowed to move forward in its current form.”

Jeff Dennis, managing director and general counsel for Advanced Energy Economy, joined Renewable Energy World’s John Engel to discuss the latest back-and-forth between SEEM and FERC, and what comes next. Before joining AEE, Dennis spent over a decade at FERC.

“Unfortunately, the utilities that formed SEEM, did it mostly behind closed doors,” Dennis told Renewable Energy World. “While we wouldn’t expect that FERC would necessarily direct the region to take a particular path, we do think that the commission has a role in fostering conversations that we have not been able to have to this point.”