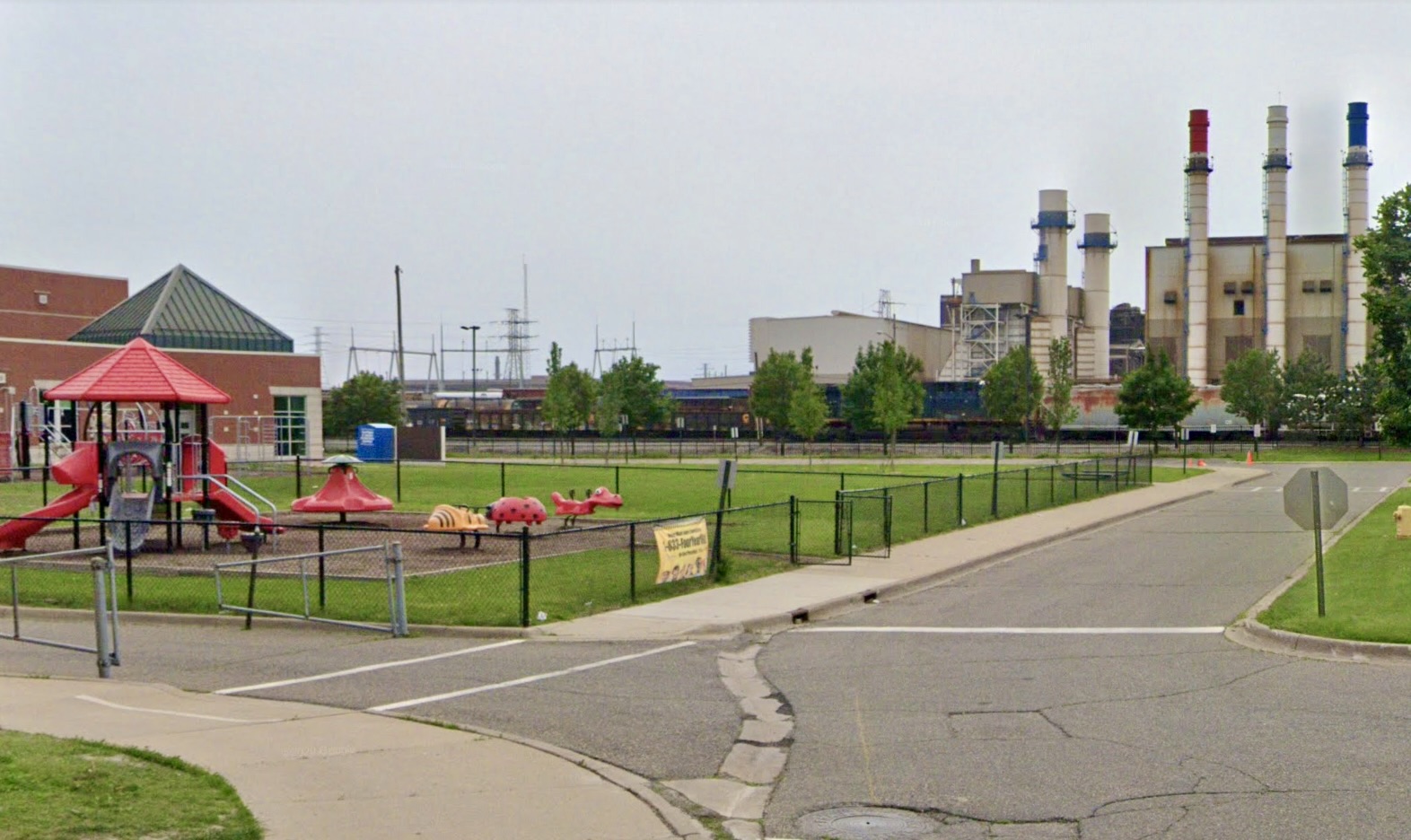 Fossil-fueled peaker power plants, once embraced by utilities for their rapid response capabilities, have entered a new moment in time. Peakers are the power plants that fire up during high peaks of electricity demand, and they are often the dirtiest plants on the grid. Concrete scientific evidence of the harm that they cause to the communities around them has been established. These neighborhoods are disproportionately low-income and/or communities of color. This is a statistical fact that is now easily mapped and illustrated. With these established facts, fossil peakers are no longer the darlings of the grid.

Concurrently, non-combustion alternatives to these peakers, such as battery storage and demand response, have advanced significantly and are beginning to be deployed. This moment in time became supercharged this summer when Congress passed the Inflation Reduction Act (IRA) with substantial financial incentives for the clean energy alternatives that are both needed and available to replace peakers.

This is all happening just in time. As summers are getting hotter, dirty peakers are running more often, and neighborhoods surrounding peakers are breathing in more pollutants. Ahead of us is an unprecedented opportunity to close the peakers that are harming the most vulnerable communities. All of the tools—from technological to financial—are now in place, and there is no longer any room for excuses for not shutting down these dirty-energy power plants.

What is the peaker problem?

Fossil-fueled peakers are often located near load pockets, and therefore they are typically located near population centers. In urban areas, peakers are of special concern because they emit localized pollutants—nitrogen oxides (NOx) and small particulate matter (PM2.5)—directly into the dense urban neighborhoods around them. These pollutants cause significant health impacts and shorten lives. In Clean Energy Group and Strategen’s new report, The Peaker Problem: An Overview of Peaker Power Plant Facts and Impacts in Boston, Philadelphia, and Detroit, we found that in the United States, 4.4 million people in urban areas live within one mile of a peaker power plant, and 32 million people in urban areas live within three miles of one. Tens of millions of urban residents are breathing in these pollutants every sweltering afternoon, residents that disproportionately live in low-income communities and communities of color. This is the peaker problem.

The Peaker Problem report highlights peaker impacts in Boston, Philadelphia, and Detroit. These cities were chosen after analysis revealed that each has a high number of peaker plants that have significant environmental justice impacts. A total of 54 peaker plants are sited in these three metropolitan areas. The Peaker Problem presents a deeper dive into the health impacts of peakers in general and then focuses on the emissions of several specific peakers in each metro area. The report can be used as a guide for analyzing peakers in any community. The report also contains case studies of fossil peaker opposition and an appendix with tools that can be used to gather the data needed to analyze peaker impacts and to educate others of these impacts.

In Detroit’s metropolitan area, for example, more than half a million people live within three miles of a peaker. Up to 73 percent of that population are people of color, and 70 percent live in a low-income household. The neighborhoods in the Springwells section of Detroit are bookended between two peakers less than three miles apart (the Delray Combustion Turbine and the Dearborn Industrial Generation Gas Turbine). These residents have peaker emissions coming at them from both sides on hot afternoons. Even more troubling, the Dearborn peaker is located immediately adjacent to an elementary school. This example is just one of many egregious findings in the report.

Clean Energy Group and Strategen’s report presents a wealth of technical information about the peakers, their emissions, and health impacts, as well as advocacy highlights and web-based resources that are available for communities that want to learn more. The goal of the report is to help raise awareness of the inequities of peaker plant siting and related emissions impacts.

But raising awareness is just the first step in assembling and implementing a national roadmap to replace peakers with non-combustion alternatives. The IRA provides the financial incentives and tools that level the playing field between legacy fossil-fuel peakers and alternatives that do not emit localized pollutants into the communities that surround them.

The most compelling element of the IRA that can jump-start peaker replacement is the new tax credit for stand-alone battery storage. The investment tax credit (ITC) starts at 30 percent and can go up to 70 percent with the following adders (as described in this blog by the Bipartisan Policy Center):

This financial incentive can also take the form of a direct pay option—meaning tax-exempt entities such as cities, electric cooperatives, municipal utilities, and other government organizations can receive the same level of incentive in the form of a payment instead of a tax credit. This changes the economics of fossil peakers versus battery storage significantly. Canary Media reported that utilities have stated that they “will not buy storage until the ITC passes.” And now it has. That said, it cannot be assumed that utilities and private firms that supply peaker capacity will suddenly shift to non-combustion alternatives en masse. And it most definitely cannot be assumed that they will involve fence-line communities in their plans. Advocacy will continue to be needed.

Another important element of the IRA for peaker replacement is that the credits will be in effect for ten years. Nonprofits, community-based organizations, utilities, solar and battery developers, and private equity firms alike have experienced a lack of long-term certainty in federal tax policy for years. The IRA now provides the certainty that encourages investment in the research, supply chains, and developers that are needed for the transition from fossil-fueled peakers to non-combustion alternatives.

As to “non-combustion alternatives,” The Peaker Problem incorporates this term with intentionality. From a technology standpoint, the default alternative to fossil-fuel peakers are often large-scale battery installations. But for peakers that have impacted urban communities for decades, this can be seen as simplistic and an unjust solution. Simply turning off the spigot of pollution isn’t enough. The neighboring communities must have a seat at the table as entities —be they utilities, municipalities, or private equity firms—analyze the IRA and determine how to utilize the many tools and incentives within it to eliminate localized emissions, and to set up a new path that allows local economic benefits to flow to underserved communities. After decades of sacrifice, these communities must benefit from more than just cleaner air.

And herein lies the elegance of the IRA: it provides not only financial incentives for all of the non-combustion alternatives (battery storage, more solar on the grid, community solar, energy efficiency), but it also provides support for procedural justice. There is $2.8 billion for Environmental and Climate Justice Block Grants that can be used for facilitating engagement with “disadvantaged communities” in state or federal public processes. The Environmental Protection Agency (EPA) will define “disadvantaged communities,” as well as many other details of this program, but this is one of the first examples of funding for procedural justice by Congress. It is likely that these grants can be used to organize and engage communities impacted by peaker pollution and make sure they have a substantial seat at the table as non-combustion alternatives are planned.

These are just a few of the elements of the IRA that will actively advance fossil-fuel peaker retirement and replacement. Harvard University’s Environmental and Energy Law Program has assembled a comprehensive table outlining all of the specified Environmental Justice Provisions in the IRA. The battery storage tax credit is not included as a specific Environmental Justice element, but as we have demonstrated, it can clearly be utilized for that purpose if the worst peakers are the first targets for replacement, and if community engagement and community investment are incorporated.

Granted, peaker plants are not the only sources of localized pollution disproportionately impacting burdened communities. But they are a pollution source that can be removed relatively quickly with a big impact while also improving lives, if the asset owners will involve the impacted communities in the design of the non-combustion replacements. With the IRA, the tools needed to do this are now in place.