“Solar in the Southeast” annual report: SunRisers and SunBlockers (leaders and laggards)

The SunRiser list is a fan favorite every year. That list showcases the utilities demonstrating the highest ambition over the next four years. SunBlockers are the opposite end of the spectrum; those exhibiting a lack of sufficient ambition.

The SunRiser list is a fan favorite every year. That list showcases the seven utilities demonstrating the highest solar ambition– measured by the increase in watts per customer solar ratio between the base year (2021) and the four-year forecast (2025).

The Knoxville Utilities Board (KUB) earned the top SunRiser slot. Lakeland Electric burst onto the SunRiser list and Florida Power Light returned to the list for the first time in three years. 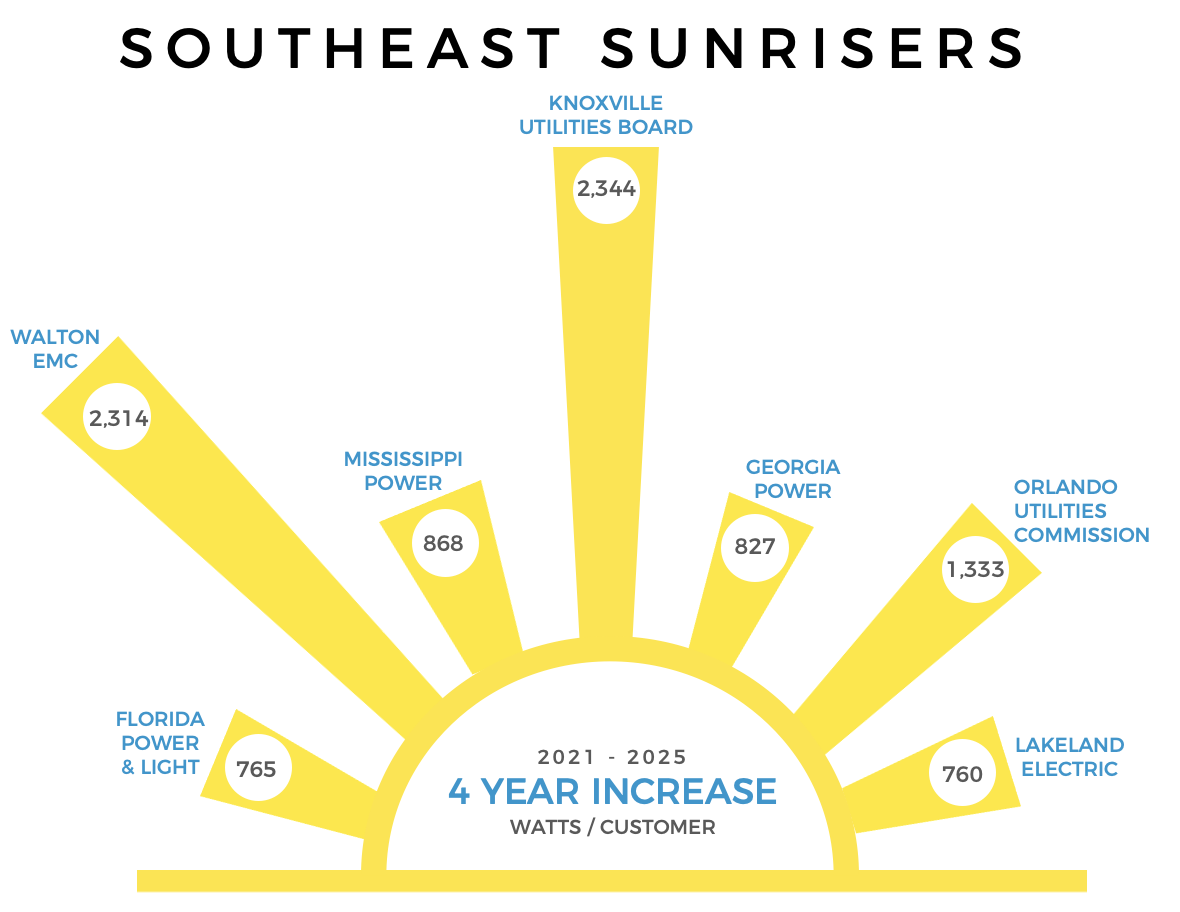 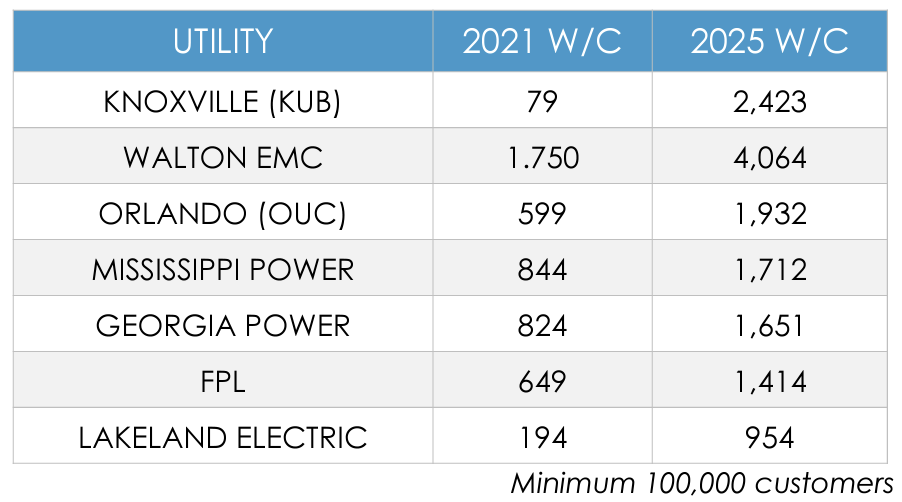 A familiar name is also missing this year. Tampa Electric had been a perpetual SunRiser, the only utility to appear on all four of our prior lists.

Note: Starkville Electric Department is too small (~14,000 customers ) to be considered for the SunRiser list, but its contract for 30 MW from the Golden Triangle is projected to mathematically yield one of the highest watts per customer solar ratios in the Southeast: 2,147 W/C for 2025.

SunBlockers are at the opposite end of the spectrum; those exhibiting a lack of sufficient ambition – those utilities whose four-year forecast (2025) remains below last year’s (2021) region average.

Alabama Power and the North Carolina Electric Cooperatives again appear at the bottom of the forecast for 2025. Tennessee Valley Authority (TVA) and Seminole Electric have rejoined them with the designation as SunBlockers.

We’ll have a little more to unpack through this blog series, so stay tuned.