Solar panels continue to be installed on household rooftops in Australia at an increasing rate generating clean, renewable energy from the sun.

Australia’s Clean Energy Regulator reports that as at the end of October 2021, a total of 2.984 million solar power systems have been installed on Australian homes and small businesses. With an estimated number of 9.84 Million homes in Australia, this brings the total of all households in Australia that have solar panels to 30.33%. 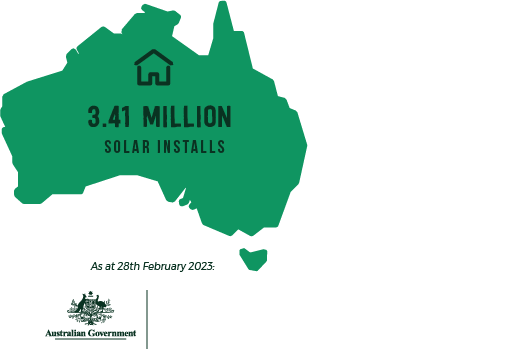 The total number of small-scale solar installations in Australia as 31st October 2021:

Installation figures are trending up

Installation figures are on the rise in Australia, back in 2016, there were only 132,696 systems installed. The graph below shows the rise in installs every year from 2016 through to 2020: 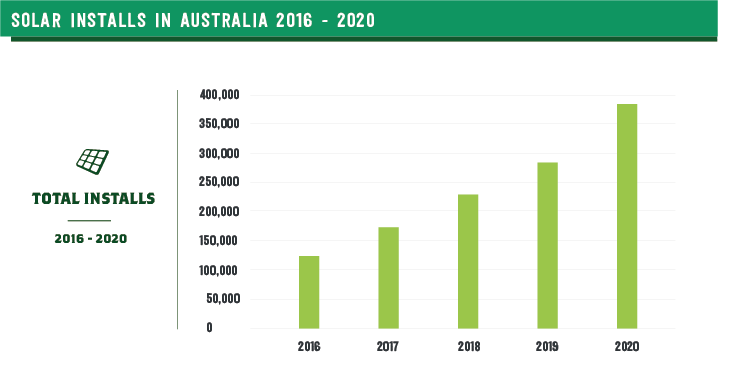 Source: https://solarcalculator.com.au/solar-energy-facts-and-statistics/
We use cookies to ensure that we give you the best experience on our website. If you continue to use this site we will assume that you are happy with it. Ok