LG Energy Solution is now producing ~5000 Ford Mustang Mach-E battery modules a day. That’s enough for 500 battery packs a day (there are 10 modules in a pack).

So? What’s the news here?

Well, I’ve already spilled the beans in the headline — 500 battery packs a day across 350 days a year (leaving 15 days of break due to various factors that can stop production for a while) would mean enough battery packs for 175,000 Mustang Mach-Es a year! Let’s look at a little more context to explain why this is especially exciting.

When the Ford Mustang Mach-E was revealed in November 2019, Ford indicated that 50,000 units of the electric crossover would be produced in its opening year. A Ford executive confirmed for me earlier this year that that was still the goal for 2021. Of those 50,000, North America was supposed to get 20,000 and Europe 30,000. As we’ve seen in recent months, there has been high consumer demand for the Mustang Mach-E on both continents. That previously led me to speculate that Ford could produce 100,000 units in 2022. I wanted to believe that an even higher number was possible (after all, this is precisely the class of vehicle that people want these days, Mustang is a major brand name, and the Mach-E is a great vehicle across the board), but I also didn’t want to go wild. Additionally, maximum consumer demand is not the same as Ford’s maximum level of ambition and risk tolerance. Ford has to ramp up production capacity to a level that it thinks will be profitable — having a production line that only puts out half of what it can produce or 75% of what it can produce because consumer demand ends up being smaller than anticipated can be disastrous.

If everything above is indeed accurate, it could imply that Ford sees enough consumer demand for the Mach-E to increase production from 50,000 vehicles a year in 2021 to 150,000 or 175,000 in 2021. I’m still not fully convinced of this, since it’s such a large leap. I’m going to reach out to Ford after this article is published to see if I can get a comment on this matter. However, my source for the base figure is extremely solid. Although, that said, there’s also always the possibility I’m missing a piece of the puzzle. It’s possible that battery production could be planned in spurts over the long term. Battery production could be getting ahead of vehicle production for a while due to potential disruptions later in the year or in 2022. Also, as Elon Musk routinely says, if one part of a car is missing, you can’t ship the car. So, one never knows if other vehicle supply limitations may pop up that could result in a much lower vehicle production rate than 150,000–175,000 vehicles a year.

I’m not 100% sure that all produced battery modules qualify for use in the car. I assume that they have passed quality inspections and almost entirely get put into vehicles, but I am not 100% certain of this.

One thing that I think we can conclude is that Ford has been happy with the levels of consumer demand for the Mustang Mach-E in both North America and Europe, and that the company is ramping up production capacity in order to sell significantly more Mustang Mach-Es in 2022. How many more? We’ll have to wait to see! 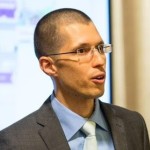 Zach is tryin' to help society help itself one word at a time. He spends most of his time here on CleanTechnica as its director, chief editor, and CEO. Zach is recognized globally as an electric vehicle, solar energy, and energy storage expert. He has presented about cleantech at conferences in India, the UAE, Ukraine, Poland, Germany, the Netherlands, the USA, Canada, and Curaçao. Zach has long-term investments in Tesla [TSLA], NIO [NIO], Xpeng [XPEV], Ford [F], ChargePoint [CHPT], Amazon [AMZN], Piedmont Lithium [PLL], Lithium Americas [LAC], Albemarle Corporation [ALB], Nouveau Monde Graphite [NMGRF], Talon Metals [TLOFF], Arclight Clean Transition Corp [ACTC], and Starbucks [SBUX]. But he does not offer (explicitly or implicitly) investment advice of any sort.