The lawsuit claims that the permit that Tesla has will allow it to open a facility and do business with its customers — allowing Tesla to compete directly with Hoffman Auto Group. The dealership also claimed to sell electric cars “in virtually all of its dealerships,” and claimed that most of the dealers in and around the State of Connecticut do too.

If the claim that virtually every dealer is selling EVs is true, then I think that this is a good thing for EVs in general — we need more of them being sold. However, suing Tesla because you think they are competition seems like a waste of money, time, and energy. It shows that the priority is preventing Tesla from being in business rather than selling EVs. What are your thoughts? 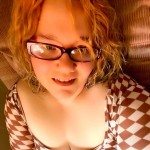 Johnna Crider is a Louisiana native who likes crawfish, gems, minerals, EVs, and advocates for sustainability. Johnna is also the host of GettingStoned.online, a jewelry artisan and a $TSLA shareholder.