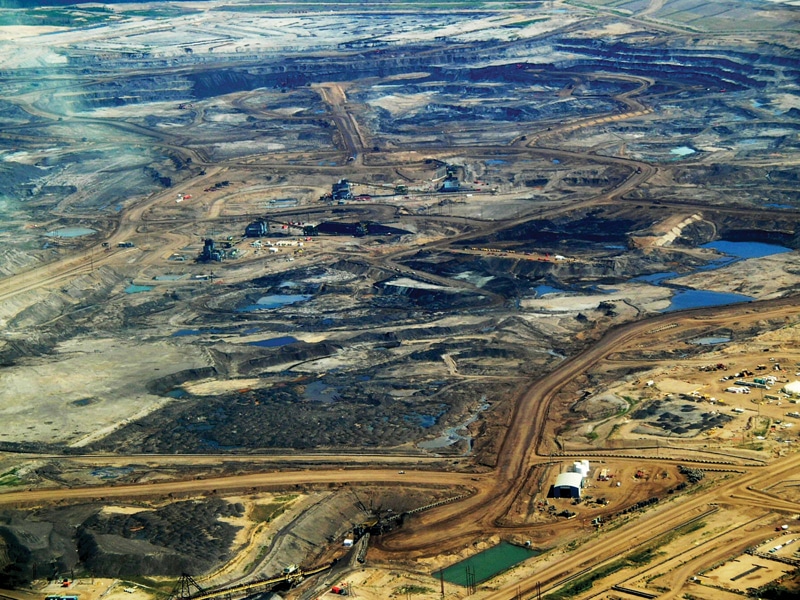 Singling out a handful of Canadian oil companies as investment ideas, Goldman Sachs wrote in a report to its clients on August 16: “We recognize, in the near-term, that the group is facing three negative equity narratives.” This includes: investor concerns about the environmental impact of Canada’s oil sands; more oil supply from OPEC, which would compete with Canadian oil; and the long-term uncertainty about oil demand amid a global shift away from fossil fuels.

Despite these hurdles, the bank analysts were undeterred, listing three reasons why Canadian oil stocks are a good investment, including the fact that returns to shareholders are improving and the stocks are undervalued.

But the third reason Goldman was excited about Canada’s oil industry was the fact that Enbridge’s Line 3 pipeline is inching closer to the finish line.

In mid-August, Enbridge told oil producers and regulators that its Line 3 pipeline is nearing completion and could begin shipping crude oil as soon as September or October of this year. Once online, the new pipeline will expand the existing system to 760,000 barrels per day, roughly doubling the volume of oil traveling through the 53-year-old pipeline system stretching from Alberta to Superior, Wisconsin.

“Enbridge Line 3 coming into service and Canadian oil pipeline risks have been reduced,” the bank wrote as one of the principal reasons why it was recommending its clients buy Canadian oil stocks. By “risks,” the bank was euphemistically referring to Indigenous peoples fighting to protect their ancestral lands in northern Minnesota, which the analysts no longer see as a substantial threat to the project because construction is nearly complete.

The investment logic becomes even more pronounced, the bank argued, once the Trans Mountain Expansion, another major tar sands pipeline from Alberta to the Pacific Coast, reaches completion in 2023. That pipeline is also opposed by some Indigenous peoples in British Columbia.

Indigenous Tribes in both Minnesota and B.C. oppose the pipelines because they trespass on traditional lands without consent, and pose threat to water, food sources, and wildlife. The presence of oil workers in “man camps” also threatens physical and sexual violence.

If built, both pipelines would allow more oil to be shipped from Alberta to the U.S. Midwest, lifting prices for the entire region, boosting returns to oil producers and their shareholders.

As Goldman Sachs’ investment advice indicates, Wall Street still sees an opportunity to turn a profit from the oil industry, even as the climate crisis grows more destructive.

On the day that Goldman told its clients to buy tar sands stocks, much of B.C. was smothered in thick, dark smoke from an estimated 268 wildfires, which have incinerated large swathes of forest and forced hundreds of people to flee their homes. Apocalyptic images swirled around on social media.

The unprecedented number and severity of the B.C.’s wildfires are part of a summer of nightmarish climate disasters that have multiplied around the globe, which are growing worse as the world continues to warm. Earlier this month, the Intergovernmental Panel on Climate Change issued a “Code Red” warning for the planet, predicting increasingly dire climate calamities absent a rapid reduction in greenhouse gas emissions.

For Canada, looming large is the oil and gas sector, which is the largest and fastest growing source of emissions.

“Despite this real and immediate threat to our continued existence and the world as we know it, federal politicians and climate change deniers are attempting to push the absurd idea that we need fossil fuel industries to fund mitigation measures,” Grand Chief Stewart Phillip, President of the Union of B.C. Indian Chiefs (UBCIC), said in a statement. “Enough showboating and weak interventions from Canada’s politicians.”

On August 17, First Nations leaders in B.C. called for an immediate end to fossil fuel subsidies in Canada, and an accelerated timeline for phasing out the extraction of oil and gas. “Our homes and communities are burning to the ground. Our traditional lands and wildlife habitat are being incinerated. There is no time to waste,” Phillip said.

While Wall Street analysts may see short-term upside in Canada’s oil sector, the headwinds facing the industry will not disappear even if the two contested oil pipelines manage to reach the finish line.

Canada’s tar sands are some of the dirtiest forms of oil on the planet, requiring enormous quantities of energy to mine and process the heavy viscous material, while scarring vast landscapes in the process. The sector has become a pariah in some parts of the financial world, with a growing list of insurance companies refusing to offer coverage for any tar sands operations, and even some major international oil companies – including Shell, BP, and Chevron – deciding to back out of the region.

Prime Minister Justin Trudeau likes to champion his government’s climate action, and he has implemented a carbon tax. Earlier this year, Canada announced a target to cut its greenhouse gas emissions by 40-45 percent below 2005 levels by 2030, while also committing to net-zero emissions by mid-century.

But at the same time, the government heavily supports fossil fuel production, including through subsidies, and in the case of the Trans Mountain Expansion, outright ownership of a major pipeline.

Putting into place some demand-side climate policies, while simultaneously supporting the expansion of fossil fuel supplies, is a “one eye shut” climate policy, Angela V. Carter and Truzaar Dordi wrote in April 2021 in a report for the Cascade Institute, a non-partisan research institution based in British Columbia.

By 2050, the date at which Canada has pledged to reach net-zero emissions, the oil and gas sector is on track to emit roughly 200 megatonnes of CO2 equivalent, a volume that is “too much to be negated by carbon offsets and removals,” the authors wrote. Canada expects to be producing more oil and gas in 2050 than it does today.

“Government is saying one thing and doing another, but it’s even worse than that,” Carter told DeSmog. She is an associate professor at the University of Waterloo, and author of Fossilized, a book about environmental policy in Canada’s “Petro-Provinces,” as she calls them.

The upstream emissions – the drilling and processing – are by themselves large enough to spoil climate targets. But that does not even include much larger volumes of pollution that occur when the fuels are burned, which mostly occurs abroad. Because the oil is exported, the full climate toll is not necessarily recorded on Canada’s ledger. 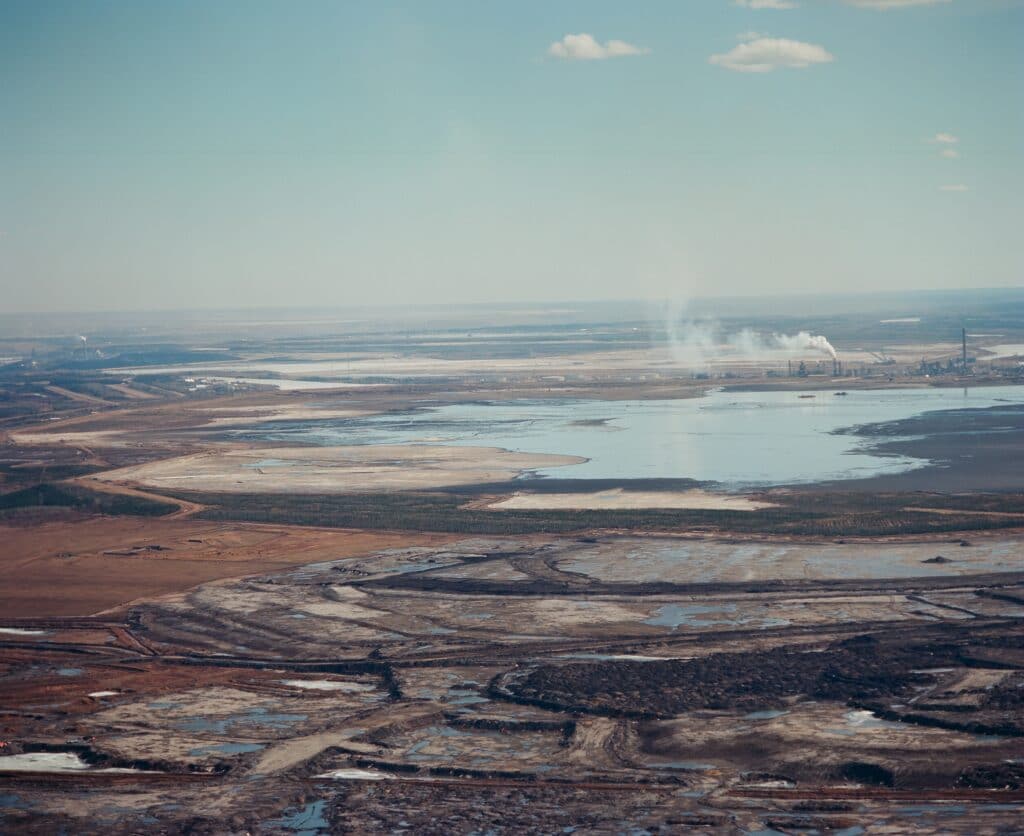 The completion of Line 3 and the Trans Mountain Expansion would only worsen this problem. For example, the doubling of tar sands throughput would result in an additional 193 million tons of carbon dioxide, roughly equivalent to 50 new coal-fired power plants or adding 38 million cars onto the road.

Carter pointed to the Canadian government’s own modeling that incorporates and assumes more ambitious climate policies over time. If the two pipelines are brought online, they would blow the climate models “out of the water,” Carter said, and the emissions pathways laid out by the government “are already way too permissive, they’re not climate safe.”

DeSmog previously reported on the estimated C$23 billion in subsidies that the federal and provincial governments have funneled into a handful of pipelines. Canada also heavily supports new liquefied natural gas (LNG) export projects from the Pacific Coast, claiming that the projects are low-carbon and consistent with the country’s climate goals.

“If we’re able to solve the puzzle of making Canadian oil significantly lower carbon intensive,” then it would be the “cleanest in the world,” Alex Pourbaix, chief executive of Cenovus Energy, told the Financial Times. Cenovus is the second largest oil producer in Canada. 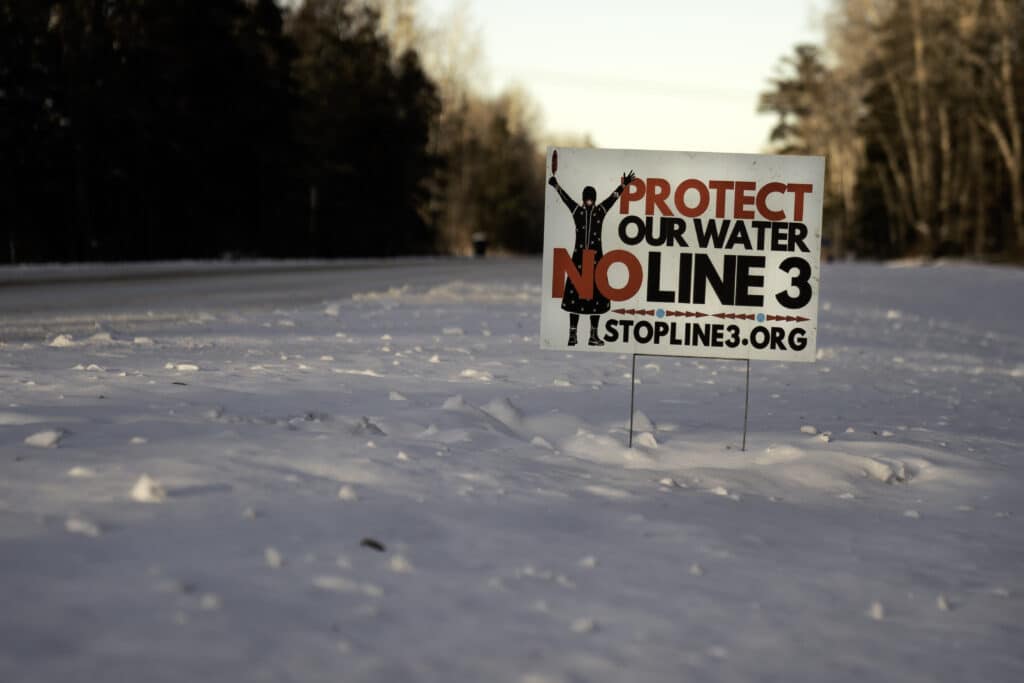 Meanwhile, however, Canada’s oil producers are demanding more money if they are to be required to cut emissions.

Cenovus and three other oil sands producers have suggested that carbon capture and storage (CCS) could help wipe out the emissions from their operations by 2050, but that would cost around C$75 billion. And they want the Canadian government to pick up 70 percent of the tab.

Carbon capture technologies are expensive and have not shown commercial viability without government help. Even if carbon capture pans out, it would only account for emissions at the facility.

Pourbaix told the Financial Times that his company has a “long-term ambition” to achieve net zero emissions, but only from its operations, not accounting for emissions that occur when consumers use their products.

Cenovus did not respond to questions from DeSmog.

Prime Minister Justin Trudeau called a snap election for September, hoping to build stronger majorities in Parliament. For now, with the election heating up, there is likely to be little change in climate and energy policy, but the horrific wildfires in B.C. have raised climate change as an election issue.

Trudeau appears intent on sticking with his approach of trying to have it both ways when it comes to the oil and gas sector. “When you really look closely at what the government anticipates unfolding, it is a path to climate crisis,” Carter told DeSmog. “It is not a path to climate safety. The numbers bear that out.”